This site is dedicated to MJF whose laughter and wit fuel my soul. Thank you for introducing us to John Green, you have made our days brighter.

Readers of The Fault in Our Stars certainly know that a pivotal portion of the book takes place in Amsterdam.  I'll be honest; this was not in our vacation budget.  However, thanks to google images there's no reason why we can't look at pictures and pretend that we went there.

Most of the action takes place in four places:


No such place as the Oranjee restaurant exists so no photos can be adopted from google's vast array of purloined images.  There is however, an Oranje Hotel in Amsterdam on the outskirts of the red light district and while they do serve breakfast they do not provide lunch or dinner.  I know this only from my internet research--I have not secretly flown off to have breakfast at value-priced hotel in walking proximity to the retail sex markets in Amsterdam.

And, as Peter Van Houten is a fictitious, I don't need to spend time trying to find his townhouse.

So that leaves the Hotel Filosoof which is a real location: 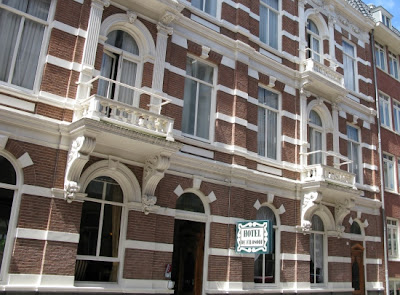 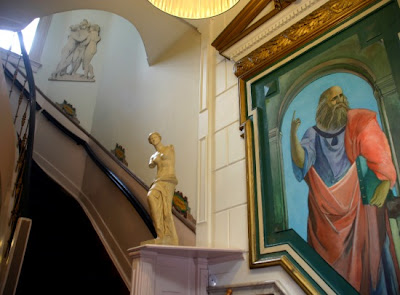 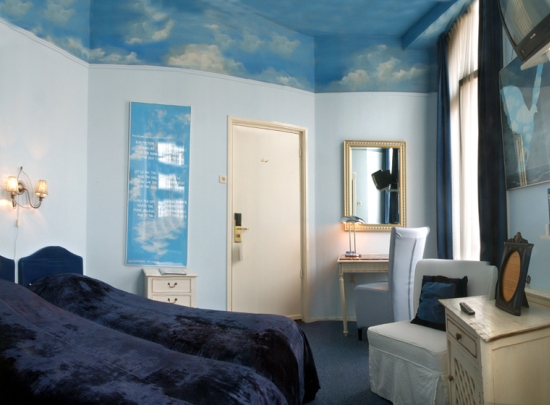 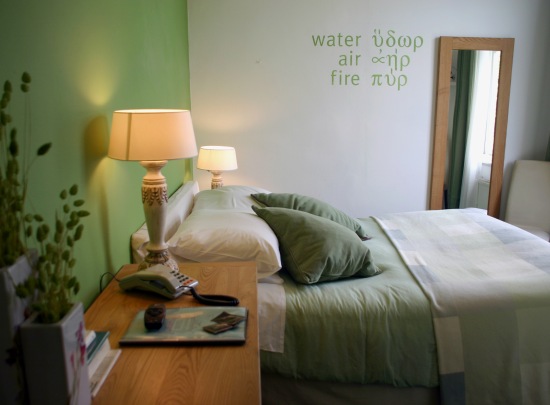 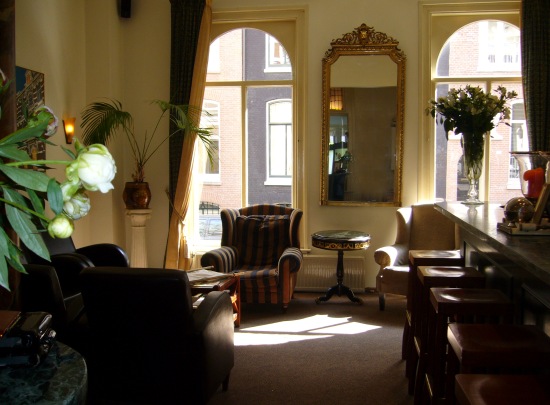 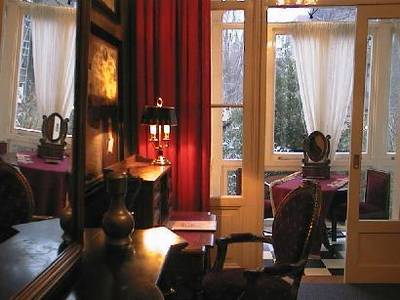 And now on to the Anne Frank House 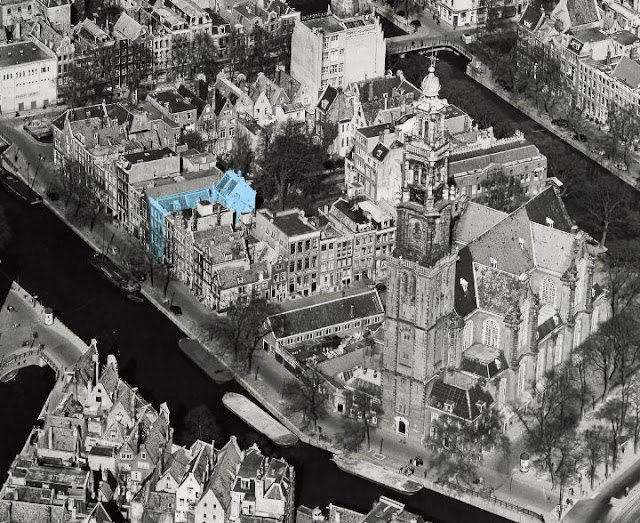 If you're familiar with Amsterdam you'll know right where the blue house in the above image is but for the rest of us our imaginations can run wild with the historical significance of the buildings in this district in general as we grimly focus on the very specific significance of the Anne Frank house.

Below is the bookcase which concealed the secret entry into the Frank's cramped living quarters. 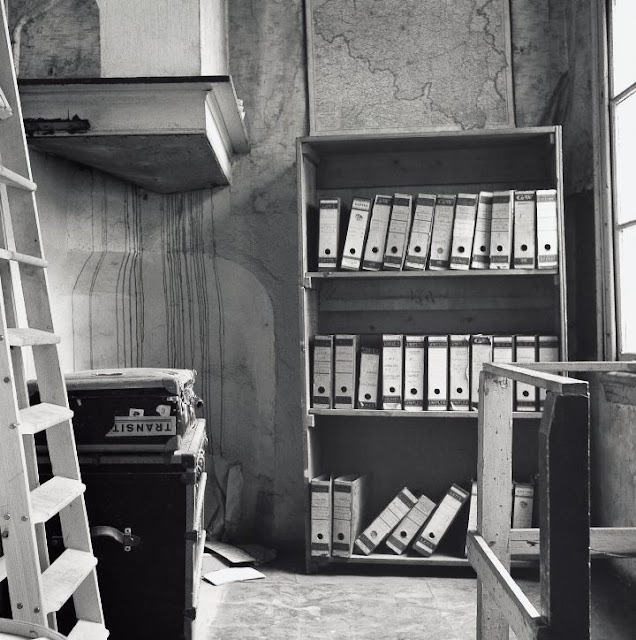 The bookcase opening to reveal the entryway. 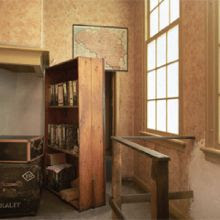 The first set of stairs that Hazel Grace had to overcome 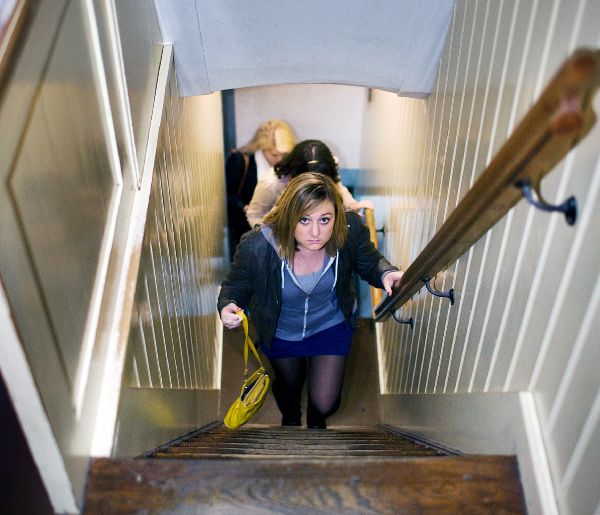 The room that Anne shared with dentist Fritz Pfeffer.  You can see the blackout curtains over the windows. 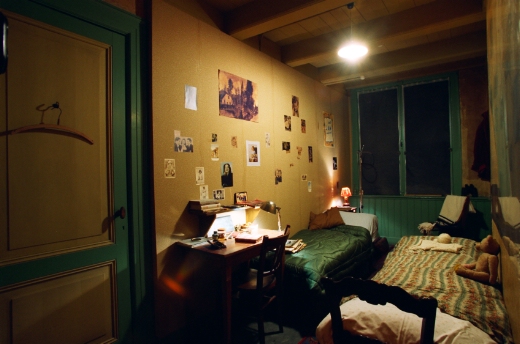 The staircase leading to the room where the van Pels family lived that Hazel described as "essentially a glorified ladder". 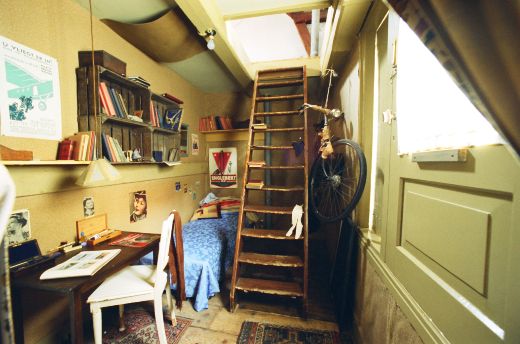 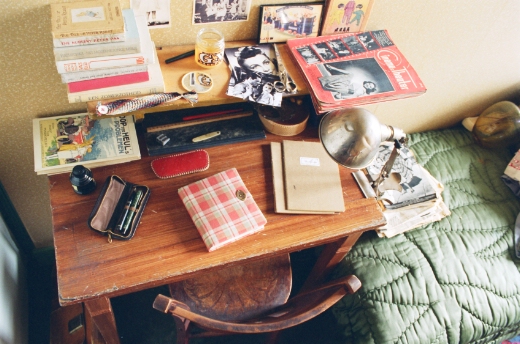 Seeing these photos makes we want to visit the house but more importantly the photos make me want to re-read the Anne Frank Diary as it has been over 40 years since I did so.  I am a firm believer that we should remember history so that we do not repeat it and the evil that swelled up during WWII is a prime example of what should not be forgotten.

Up Next: The Speedway Gas Station at 86th and Ditch Road